You already have a saved search with that name. If you save, you will overwrite the existing saved search. Are you sure?

What is a Tiny House? We explain this huge Real Estate trend for a minimalist living

Sandy Erickson
Tiny homes. We've seen them on the HGTV series and admired their cute and alluring interiors on Pinterest. But what exactly are these? 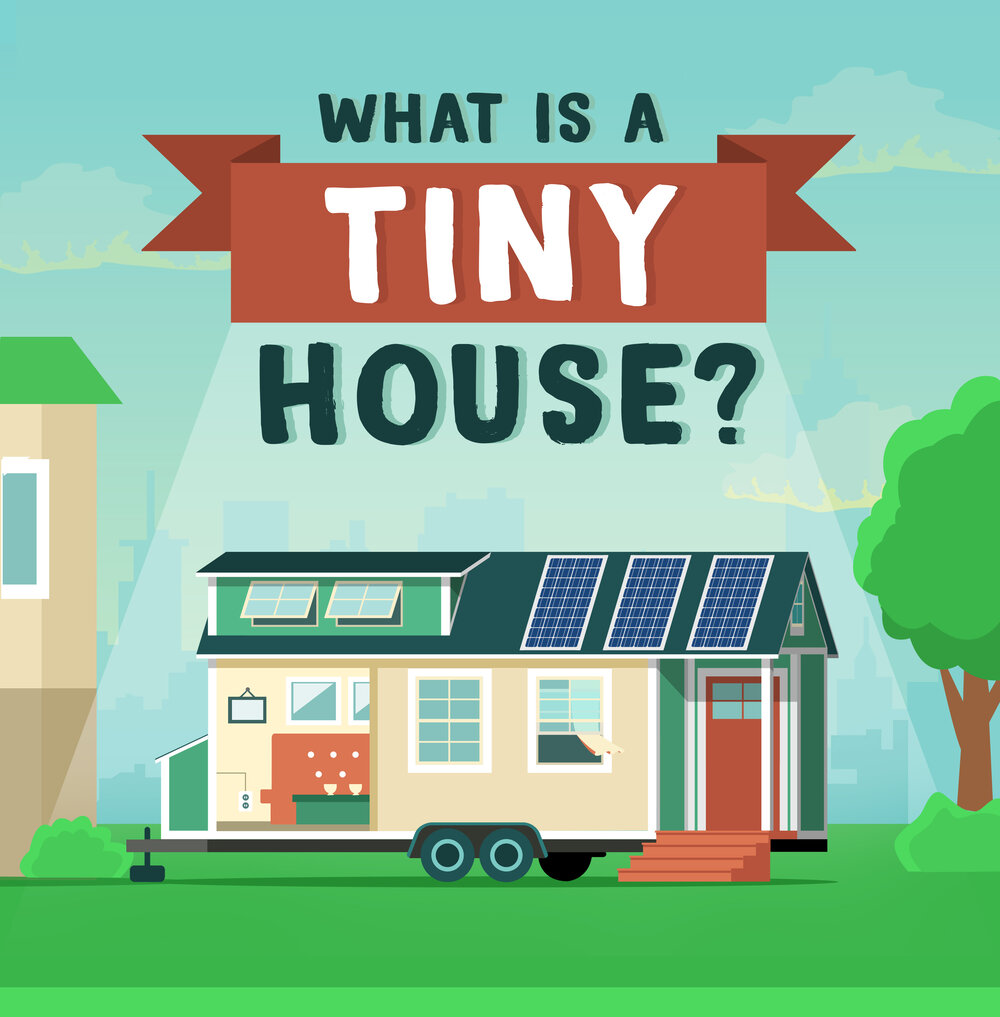 According to the 2017 Profile of Home Buyers and Sellers by the National Association of RealtorsⓇ, the size of a typical single-family home that was recently purchased was 1,870 square feet. Tiny houses, on the other hand, are only between 100 and 400 square feet. Just imagine: at least 144 of these 400-square-foot homes could fit on a football field!

Like their regular-size counterparts, the costs of tiny homes also vary depending on the materials used and the customizations added to the unit. You have three options on how to get it done: you can have a custom house, choose a pre-fab model, or if you'd like to put your DIY skills to the test, you may build it yourself.
Made-to-order models from manufacturers and developers, like Tumbleweed Tiny House Co. and Wheelhaus, could start from an average of $57,000 and up. Meanwhile, more complex luxury tiny houses could be worth more than $140,000. It’s still cheaper compared to a family home that has a median price of $235,000.
But if you’re the kind of person who’s handy and can actually build something on your own, you might as well build it by yourself. The average cost of building a tiny home is between $35,000-$40,000, but you can have it for less depending on the materials you will use. But, just remember that you need to be ready for unexpected costs of building the house. You also need to think about the time you’ll spend on doing the actual labor. Some homeowners claim they have built their tiny homes for less than $10,000, but that price tag is only an exception.

Even if you have enough space in your backyard or you own an empty land, you can't just put or build a tiny house in there without consulting with the local ordinances. Apparently, even tiny houses need to comply with the city’s building and zoning restrictions.
Where you can build a tiny house also depends on how “tiny” it is. Under the federal building code, the minimum size for a home is 120 square feet. It should also meet building codes, such as having a minimum ceiling height, minimum square footage for a habitable room and bathroom, and two means of egress in case of a fire.
Aside from the federal rule, each state and/or cities also have their own local laws that builders need to comply with. In areas like Oregon and Wilmington, NC, there’s a minimum size for a tiny house. But in areas like Spur, TX, Sarasota County, FL, and Philadelphia, there are no size restrictions as long as the dwelling meets standard building codes mentioned above.
There are also laws for tiny homes on wheels and tiny homes that serve as accessory dwelling units, but they are more lenient compared to the rules for houses that are attached to a foundation.

The rise of tiny-home communities aka The Tiny House Movement

The tiny house movement has been gaining momentum. There are now over 50 tiny-home communities across the U.S., according to real estate site Trulia. These communities are either already established or under development, and each caters to a different crowd and promotes a different lifestyle.
According to the Tiny House Community, a website for owners, the tiny-house communities can be found in areas such as Bedford, IN; Del Valle; TX; Fairfield, IA; Lemon Grove Village in CA, and Palm Coast and Orlando, FL, among others. But what sparked the rise of this movement, which is now a huge real estate trend? While experts said there are multiple driving factors, the main ones they cited are the economy and the environment. According to Francesc Zamora, author of the coffee table book "150 Best Mini Interior Ideas,” in an interview in Realtor.com, tiny homes are generally more affordable, which means smaller mortgages for home buyers. Many people who lost their homes due to unemployment or foreclosure during the 2007 financial crisis also turned to tiny homes as an affordable alternative to traditional housing.
Similarly, because smaller houses are cheaper and easier to maintain, they have less impact on the environment compared to large houses. So these houses are perfect for people who are willing to downsize and live a simpler life in an environmentally-friendly house.

As with any real estate trend that's developing these days, living in a tiny house isn’t for everyone. The advantages of moving into a miniature home can be very appealing, including lower mortgage and utility costs, and less maintenance, but there are challenges as well.
Aside from the local building and zoning restrictions, you need to consider whether it really fits your lifestyle. If not, can you adjust so you can handle the limited space? If transitioning to minimalist living is what you’re aiming for, can you forgo most of your belongings (Hello, limited storage space and goodbye clutter!) to live simply? For many tiny homeowners, the shift was more enjoyable because it also pushed them to spend more time outdoors and abandon the stress brought on by many material things.
share Share
arrow_backThe 4 Biggest Myths That Are Holding Back Home ...
Return to Blog Index
The Pros & Cons of Purchasing a Rural Propertyarrow_forward

You message has been sent!

Send us a Message

Success! Please check your email for instructions on how to reset your password.

We will never sell your e-mail address or phone number under any circumstances.

Free and complete access to Saved Searches and more

Thanks! Your account was created successfully. You will receive a confirmation email from your agent shortly. Enjoy access to saved searches, favorite properties, and more!

We will never sell your email address or phone number under any circumstances.
By registering, you agree to our full Privacy Policy

Or reach out to the team for help:

Thanks! Your account was created successfully. You will receive a confirmation email from your agent shortly. Enjoy access to saved searches, favorite properties, and more!

We will never sell your email address or phone number under any circumstances.
By registering, you agree to our full Privacy Policy

Or reach out to the team for help: